Welcome to the webpage for the Langton Star Centre, the home of science based research projects at the Langton.  In this section you will be able to find out background information about the student led research projects we currently have running at the school.  If you are interested in our research, look out for our annual symposium held in late June every year, where our students present their research as talks and posters.

Our CERN@School projects make use of a MediPix Chip to monitor background radiation.  In the past we have used this to detect Muons, tiny subatomic particles that form when cosmic rays strike the upper atmosphere.  We have also taken the chip on several of our school trips to CERN and monitored the ambient radiation as we travel across France and Switzerland.  We found that radiation counts measured across France and Switzerland on 2017 school trips to CERN, Geneva, indicated a positive correlation with altitude and higher radiation levels outside compared to inside.  Data from subsequent trips (in 2018) suggests that radiation is detected from nearby radiation sources: regression analysis and t-testing supports this conclusion.  It is also speculated that exposure to sunshine may affect the measurements, which were made using a CCD (charge-coupled device) chip.  Current research aims to test these three main ideas.

Graphs showing how particle counts varied with altitude and also between indoor and outdoor locations on our recent CERN trips.

We have a large astronomy group here at The Langton who are based at The Langton Observatory.  We have a variety of optical telescopes and a radio telescope that the group use.  The astronomy group are able to access the observatory during the evening at weekends and also organise and run our Stargazing Live events, where the public can visit the observatory on the first Friday of every month from October to March.  Recently the astronomy group have used our radio telescope to hunt for radio waves from Jupiter and this year they have started to hunt for Muons, particles from cosmic rays, to see if their number are affected by solar activity.

Radio JOVE is a simple dual dipole radio telescope that can detect decimetric radio waves given off by the Sun and Jupiter.  The array is permanently constructed outside the school observatory and is tuned to radio waves with a frequency of approximately 20MHz.  Jupiter and the Sun both emit radio waves that can be detected by Radio JOVE.  In the case of Jupiter, the radio waves were only discovered in 1955 and it is thought they are caused by charged particles spiralling in Jupiter’s magnetic field.  Radio waves from the sun occur as a result of solar bursts.

In recent years, Radio JOVE has formed the basis of EPQ investigations here at the school where students have attempted to identify radio activity from Jupiter and the Sun and pick it out from background radio waves and sources of artificial intelligence. 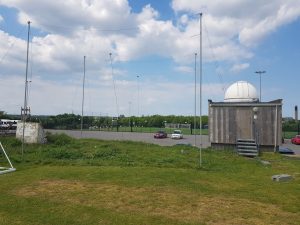 This is a long standing project that is now located at Simon Langton Girls’ Grammar School and investigates the causes of Multiple Sclerosis.  Multiple Sclerosis is caused by the breakdown of the Myelin Sheath, a protective layer around nerves.  Students engaged on this project are investigating the role of the Myelin Basic Protein (MBP) in the Myelin sheath.  To go to the main MBP2 page, click HERE.

Is the chemical composition of a rural lake different to that of an urban lake, and does this have an effect on the biodiversity of the lake? In order to answer this question a number of chemical and microscopic tests have been carried out on urban lakes and rural lakes situated around Canterbury as well as the Simon Langton nature pond. These water samples were tested for ammonium, phosphate, pH, nitrate and nitrite levels and samples were also viewed under a high resolution microscope, the results are currently being analysed and will be presented as an EPQ project. 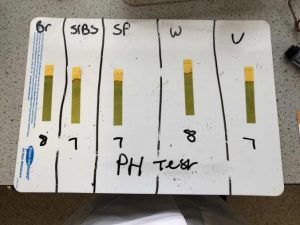 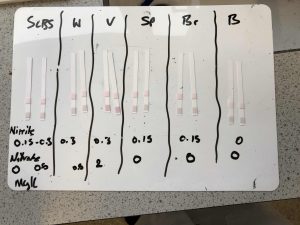 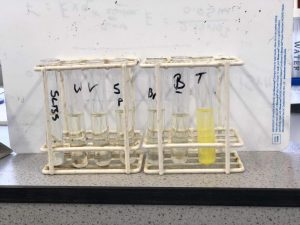 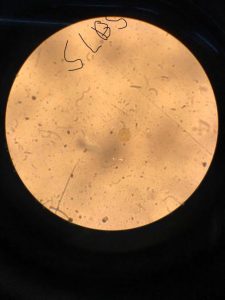